Equestrian journalist with a wide range of clients

Are you in need of media training – contact me!

Need a professional to moderate press conferences – contact me!

Do you need help from a journalist at events – contact me!

Louise Parkes is a journalist, author and press officer specialising in equestrian sports. She has been Equestrian Correspondent for Ireland’s biggest-selling daily newspaper, The Irish Independent, and contract writer for the world governing body for equestrian sport, the Swiss-based Federation Equestre Internationale for many years and Tokyo 2020 will be her seventh Olympic Games.

She has also worked as a freelance reporter for many high-profile publications including the London Times, Horse and Hound magazine, L’Annee Hippique and Horse International. She has edited several magazines including Ireland’s Horse & Pony, the environmental publication Crann and the Horse World section of The Irish Field, and is co-author of  Ambassadors on Horseback, a book detailing the history of the world-famous Irish Army Equitation School.

Louise hosted a Dublin City Radio show called Talking Horses and has occasionally reported for the national broadcaster in Ireland, RTE.  She works with Media Teams at many locations around the globe, hosts press conferences at major events and was a member of the commentary team at the 2019 Dublin Horse Show.

In addition to her journalistic work, Louise spent some years training as a Psychotherapist, graduating from the Clanwilliam Institute in 2001. A popular choice for Media Training with both Senior and Junior athletes and officials, she is Vice-President of the International Alliance of Equestrian Journalists.

Based in Kildare, Ireland
Husband is photographer Tony Parkes, horses, dogs, ponies, sheep, hens and ducklings in the family… … and of course Seamus O’Sean the Leprechaun
Loves riding dressage and TREC, and occasionally a bit of jumping….. 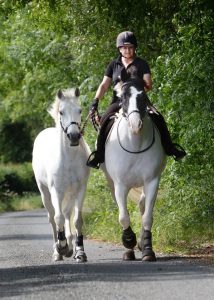 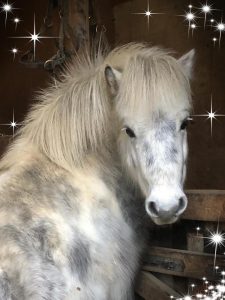