It’s 30 years since Rory Gilsenan left Ireland to make his way on the English show circuit, but none of his long list of extraordinary successes can compare with scooping the Charles Owen Working Hunter title riding the Collins family’s Atlantic Slim at Hickstead last Friday (26 July).

Because the man who hails from Kells in County Meath has had a mighty battle on his hands for the last six months, undergoing long bouts of chemotherapy and radiotherapy after being diagnosed with an aggressive brain tumour, and he’s still undergoing treatment. Yet he pulled off a brilliant performance with the Irish-bred horse last week, and the Hickstead crowd really showed their appreciation.

When I asked him the following day how he’s managing to continue riding at his best he insisted he owes everything to the support of his family. “My wife Vanessa looks after me like a toddler, my daughter Katy has been doing a lot of the riding for me, and my son James too. It’s been lovely here this week because my other daughter Lauren is also home with us for a while – she works as a groom for Rodrigo Pessoa – everyone has been fantastic!” he said.

He describes his winning ride, Atlantic Slim, as “a lovely old-fashioned type, he looks like a big horse but he’s not quite 16.2hh, he’s not a Middleweight but he’s a very correct horse and the top Worker at the moment, we’ve had a lot of success together.” And he insisted that this latest Hickstead title was all down to the handsome chestnut. 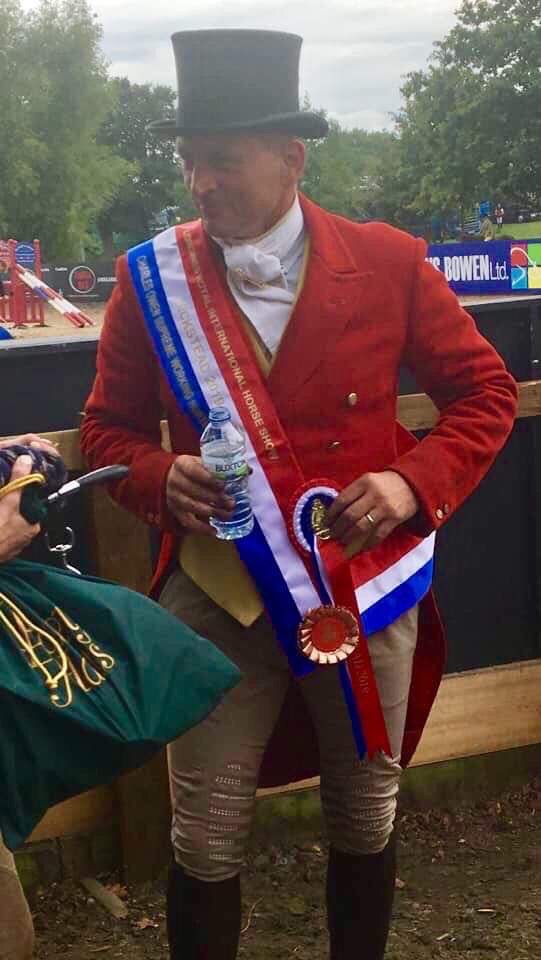 “He came to me from Bumble Thomas and we have always found him to be nothing but game. When we were going in to jump yesterday he said to me – “if you stay on Fatso I’ll take you around!” – and he did!” said the Meath man whose courage, determination and positivity is winning him an even larger number of fans and admirers.

He’ll be coming home to Kells this week to visit his parents and no doubt his cousin, dressage rider and trainee judge Liz Daly, will be keen to help celebrate Rory’s latest in his long list of triumphs.