It’s one last throw of the dice for the Irish showjumping team as they prepare for tomorrow’s first round of the Longines FEI Jumping Nations Cup™ Final at the Real Club de Polo in Barcelona, Spain.

Tonight Rodrigo Pessoa’s side was drawn eighth to go of the 18 participating nations, and while a good result in the Final itself would be useful, it’s not the real target. All this weekend is about from an Irish perspective is claiming the last remaining qualifying spot for the Tokyo 2020 Olympic Games. But it won’t be easy. 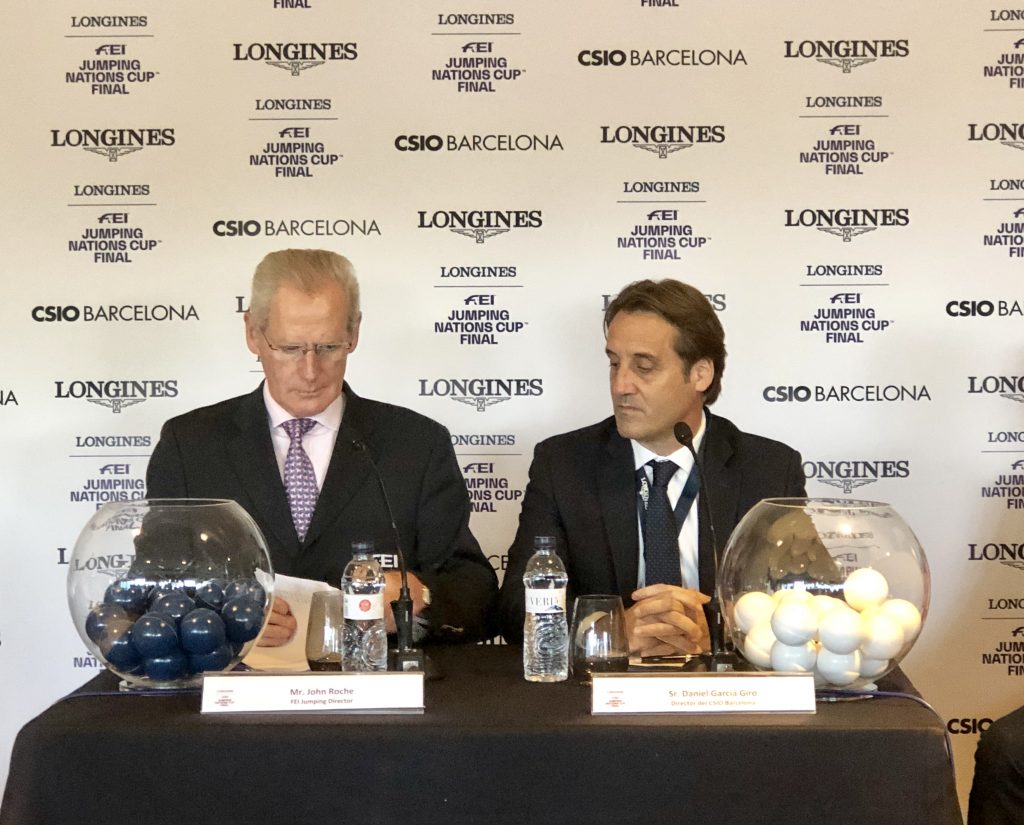 There are six other countries also chasing down that slot, and Colombia, Egypt, Italy, Norway, Portugal and Spain also mean business. The Italians look a big threat, having shown great form this season and tonight finding themselves in the very fortunate position of being last to go of the 18 teams when the action kicks off tomorrow afternoon at 14.00 local time. And don’t discount the Norwegians. They showed real grit when winning the Division 2 Final in Athens, Greece this summer.

Pessoa said at the draw press conference this evening “we’ve missed out already on two Olympic qualifications, so this is our third chance and hopefully it will be a good one!” He sends out Peter Moloney with Chianti’s Champion, Paul O’Shea with Skara Glen’s Machu Picchu, Darragh Kenny with Balou de Reventon and Cian O’Connor with PSG Future. Shane Sweetnam is fifth man this time around.

There’s a lot hanging on this weekend’s result, not just for the riders but for the team management as well. Pessoa was appointed back in March 2017 with the specific aim of qualifying an Irish team for Tokyo and hit the jackpot just a few months later with team gold at the European Championships in Gothenburg, Sweden. But the Olympic ticket has proven extremely elusive. They missed out narrowly at both last year’s World Equestrian Games in Tryon, USA and again at this summer’s European Championships in Rotterdam, The Netherlands. 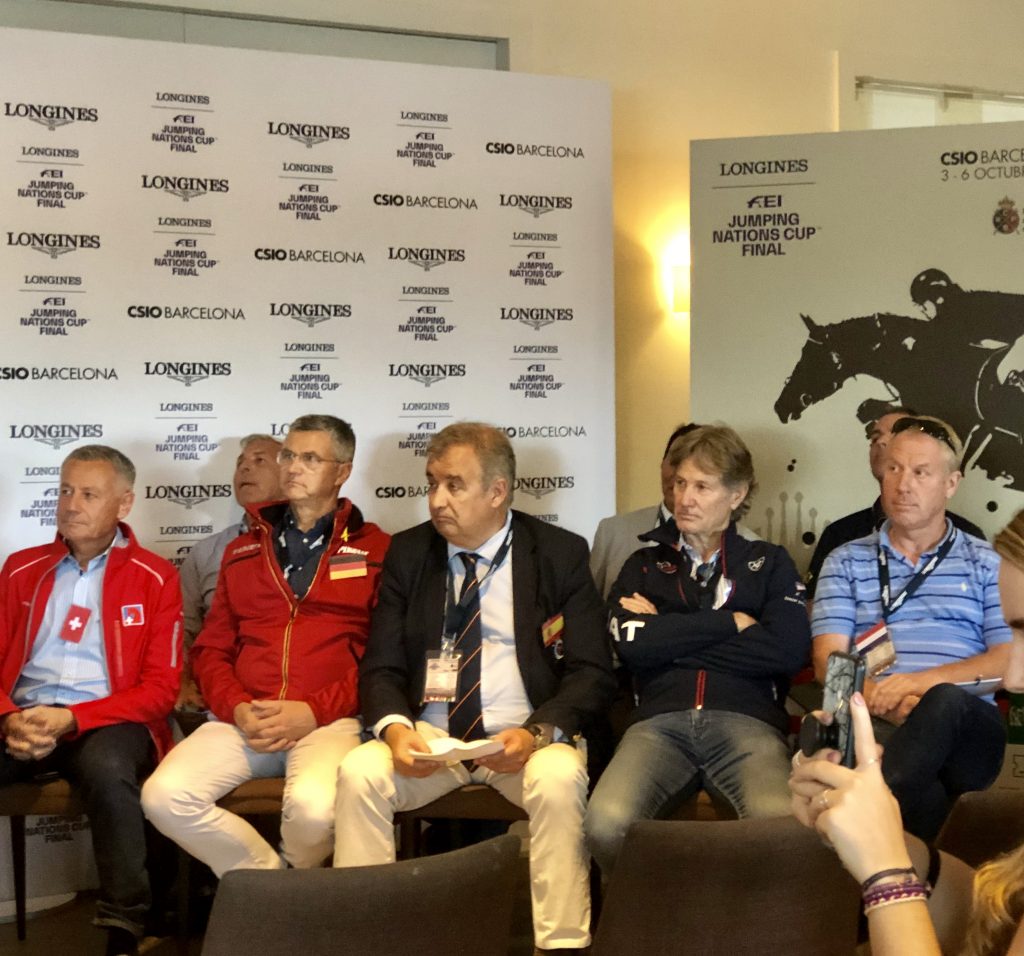 “This is it….”, Pessoa confirmed this evening, fully aware of the weight of expectation of Irish showjumping fans and of the intensity of the task ahead of his team tomorrow. If they don’t make the cut to Sunday’s final, and only the best eight teams in tomorrow’s class will do that, and any of the other six Olympic slot-chasers succeed in getting through then it’s all over. But he knows he has a team of fighters who really want the same thing as he does and he’s already given them a pep talk.

“I said to them ‘if you want to be remembered for one Nations Cup in your life it’s this one!’. They know what they have to do…….”